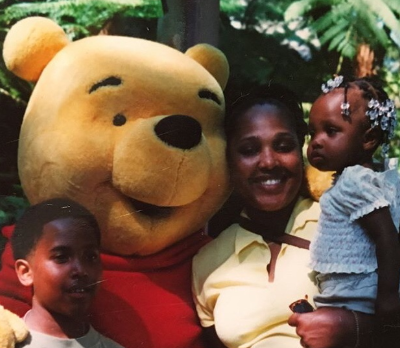 Generations are Constantly Changing; Q&A of a Mother and Her Daughter

The cultural differences in the different generations of people have always set people apart considering the fact that things are constantly changing. But one change that can be noted is the progress women have made over the years in regards to expressive freedoms and women’s rights in general. Due to these progressions, there’s a huge difference in perspective between mother’s and their daughters because as time goes on, more expressive freedom is given, especially from a societal standpoint.

Mother Sherrell Thompson- Mattox, Tosa East alumni and her daughter Jordan Thompson, a senior at Tosa West, are a perfect example of the cultural and generational differences between mothers and daughters. Mrs. Thompson- Mattox is a part of Generation X while Jordan, being born in the year 2000, is considered either a Millennial or Generation Z . The pair has different views on many things, like many mothers and daughters do, considering that a lot of time has passed and a lot of things have changed since Mrs. Thompson- Mattox’s teenage years.

The questions and answers in this interview were edited and condensed for brevity.

How would you describe what being a teenage girl was like when you were growing up?

Mrs. Thompson- Mattox: There was more respect for the parents when I was growing up compared to when I was a child. Kids now have a sense of entitlement and privilege, you all like to negotiate and think you’re entitled to something, compared to when I grew up. It was just that, what was said, is what was done, and that’s it.

Jordan, how would you describe what being a teenage girl is like today?

Jordan: I feel like being a teenage girl now, we have more chances to do girl things. Looking back to when my mom or when my grandmother grew up I feel like they stayed in more. If you at when my mom or my grandmother grew up, we’ve come far in how we stand in society terms of conditions of equality, but I still feel like we can do more. My mom would hang out with her friends when she went to East, but with our technology advances I think that us teenage girls have more to do.

What do you think the biggest difference is between you two growing up is?

Jordan: I would say it’s literally what she just said, how negotiating has changed. When they grew up, you would follow what your elders say, which I still believe, but I also believe that children can ask questions when they don’t understand what they’re being told or when they think something is unfair.

I believe that there’s a difference in the parental dynamic, there’s no structure.

Even if it’s co parenting, there needs to be a two parent dynamic, where it’s a united front standing together.

Do you think being a woman had/has any effect on your teenage experience?

Jordan: Yes, definitely. There’s things that teenage girls can’t do, and don’t feel safe doing, compared to teenage boys. When we hang out we clique up and use buddy systems, while boys will walk around by themselves or will be outside at midnight.

Mrs. Thompson- Mattox: We’ve always done that though. There’s power in numbers, you never know who may be watching you.

Gender bias didn’t necessarily affect me because the men in my family made tough. I always had to fight, being docile wasn’t accepted from me.

Jordan, do you think the issues you described will have an effect on the woman you’ll become in the future?

Jordan: I mean no, because I’ve always understood why I couldn’t go out and do the same things as Christopher (her older brother).

Mrs. Thompson- Mattox: No you don’t!

The world is really different for boys and girls, but I don’t feel like these things can hold you back.

Mrs. Thompson- Mattox: The lack of respect for authority. There’s like no respect for anybody. There’s a huge sense of entitlement. Everything is about you.

You all are very tech-savvy though, and very willing to share. It’s like we’re raising little robots. I could call Jordan with a technology problem and she’d call me back with the answer in five minutes.

Jordan: The “what I say goes” thing. Going to a Wauwatosa school, my views on that changed because I was taught to question things that I don’t understand or to speak up if you think that something is unfair. What they think is a lack of respect is just us questioning things, which causes a lot of arguments.

With that being said, what’s one thing you wish your mom would understand about you being a teenage girl in today’s age?

Based on your experiences as a teenage girl, what’s one piece of advice you’d like to give your daughter?

Mrs. Thompson- Mattox: You don’t always have to reinvent the will. A lot of things you want to do, I’ve done them and if you’d just listen when I try to tell you things, I could save you a lot heartache and a lot a drama.

I’ve been around the world and I have seen a lot.

Like your grandmother always says, “If I could take any pain or any sorrow to keep anything from happening to anyone one of you girls, then I’d gladly do that”.

You always say, “let me make my mistakes”, but my question is why would want to make mistakes.