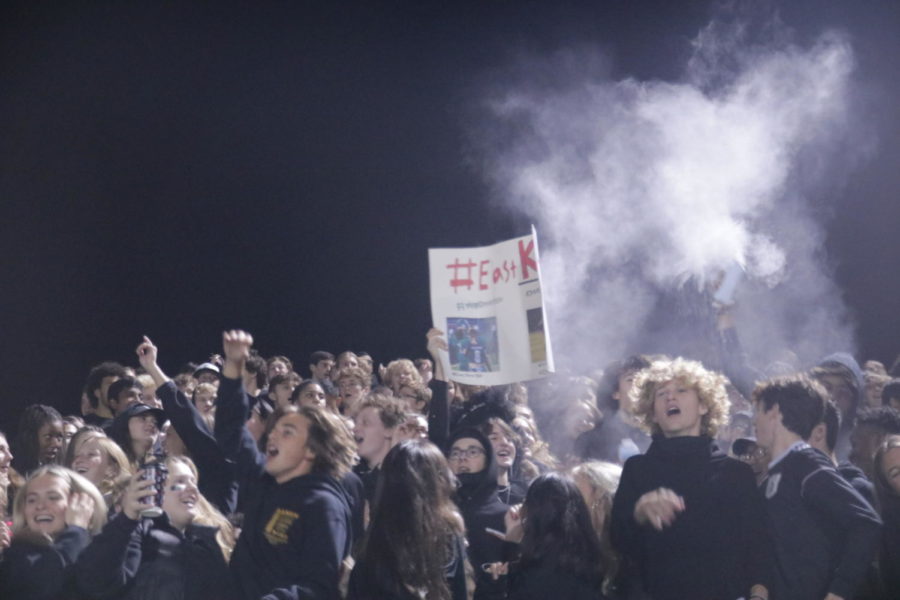 The leaders of the student section came to be due to a variety of different reasons. For some, it was because of the connections they had with past student section leaders.

“I did know the seniors who passed [the role] down to me. They were some of my good friends and I’m only trying to be as good as they were,” said Caroline Callahan. Callahan is one of three seniors who run the instagram account, @tdubstudentsection.

The organization of the student section Instagram page has to happen nearly a week in advance before the actual game.

“The purpose of the Instagram page is to get everyone excited for our events and to make sure we are all involved in fun themes,” said Callahan.

As for picking the themes, Callahan tries to collect input from other students and ensure that there is variability between games.

“[We] pick themes by asking students and staff about their opinions, looking on social media, and trying new things,” said Callahan. “I post funny pictures of our athletes and students in clubs [and sports]. I want everyone to laugh and enjoy eachother,” she continued.

Once the theme is set in advance, the rest of the action happens the night of the game. While a variety of different seniors lead chants throughout the night, everybody usually looks to Thomas Hipke and Owen Smith.

“I kinda just fell into it. I’m loud and I feel like I can get across my voice pretty well,” said Hipke. As for Smith, his 6 foot 8 inch figure allows for easy visibility of what’s happening on the field and allows him to be seen easily by the crowd for chant cues.

As for picking what chants to start, the leaders say that it is all based upon the events within the game. 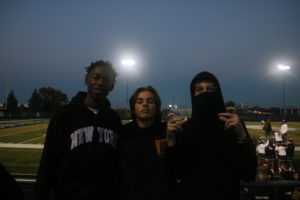 “[The chants are] based mostly on the flow of the game but I’ve gotten ideas from other schools too,” said Smith.

Hipke also emphasizes that it’s important to build chants off of the evergy from the opposing team’s student section.

“We usually just go with the vibe of the game until the other student section starts chanting and then we get right into it,” he explained.

Like with any team or group, the students section has its fair share of traditions that are kept consistent during each game. The patented spirit flag is brought to every home game, for every kickoff, everybody shouts “oh” and holds it out from the time the lineup is set until the kicker’s foot touches the ball. Everybody always sits during halftime to give way to the TDT performance and every second half it started with “roller coaster” where everybody stomps their feet and leans with the direction of the flag as it is pointed in different directions by one of the seniors. Then as the flag points straight up into the air, everybody rises to their feet in cheers and the second half of the game continues.

Win, loose, or tie, many students just appreciate the energy and atmosphere of being a part of the student section.

“I just really enjoy the environment [and] having a solid school community and helping to lead that,” said Hipke.