Behind the Scenes with Tech Crew 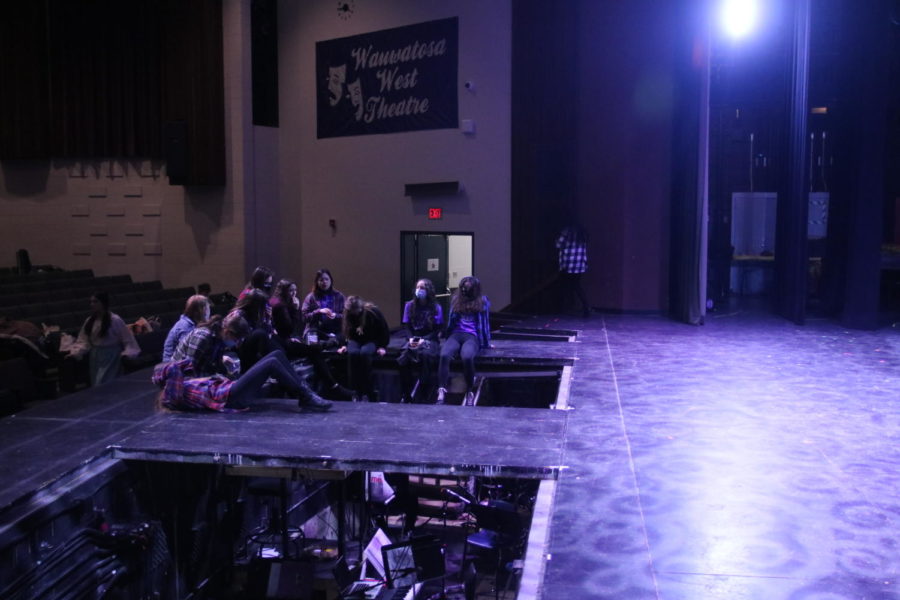 Tosa West’s theater “tech crew” is in charge of building the sets and props for the show, and have been working for weeks after school, prepping for opening night.  Tech crew is directed and coordinated by Tosa West parent and Milwaukee Area Technical College theater specialist Dale Schively.

“We worked forever to cross brace on the top one of the tallest platforms on the castle. And that one looks really good now and it doesn’t fall over. So that’s always a plus,” said Freshman Caroline Henzig.

The final week of production and practice is called “tech week”. Tech week is the most chaotic week leading up to opening night.The cast and crew run through the show and add finishing touches to sets and tasks in preparation for the curtain to rise on Friday night.

“Energy is high, as it should be. You have to hype yourself up, and make sure everybody is working as hard as they can to make the show go as smoothly as possible,” said Schwantes.

During tech week, the entire cast and crew will stay until 9 or 10 at night to rehearse before opening night. It is time consuming and exhausting, but everyone is excited and ready for the challenge.

“I think everyone is collectively ready, but also preparing for the exhaustion that is going to come,” said Junior Gillian Frey.

Tech week is helpful for tech crew, the cast, and the pit. It helps everyone get prepared and become confident before performing on opening night. The chaos of tech week is also a time for team building and new friendships.

“It’s really fun to see the improvement we’ve made everyday, and this is the time where we become a family as a theater group,” said Senior Amira Makhlouf.

All of tech crew has been very excited about both tech week and opening night, and are  prepared for their upcoming performances.