The Trojans were met with an award winning defense and the skills of an intelligent and crafty Sophomore quarterback, Sam McGath. The efforts of Tosa West resulted in some quality plays, but ended up being challenged by a Brookfield East team who came fully prepared in almost all positions.

The Spartans had incredible and unmatchable defense that proved difficult for any opponent to face. Sam McGath, Caleb Wright, and Patrick Cartier grouped up for some intense offense which led to impressive success and a well deserved victory.

Tosa West had some shining moments – like the standout plays of Kyleon Parker and the consistent ferocious defense of Austin Ertl, but they need to find their own voice on both sides.

Tosa West showed incredible potential though, and it will be exciting to see how the season continues for them. Speaking to Parker after the game, he says that to be successful “don’t look back on mistakes,” and that is truly the mindset West will need to get into to be ready for the next challenge. “The whole team (impressed me). It’s a brotherhood,” he shares.

The Spartans came off of a fantastic season, winning both the 2016 Division Il State title and the Greater Metro conference champions for the third time in a row.

Although many assets graduated and went on to the next level, returning all-conference players Caleb Wright, Ron Edwards, Brad Dati, Everett Cartier, and Adam Streich are the new class of seniors ready to lead.

Tosa West, on the other hand, are a new addition to the conference, along with Germantown, and are looking to put their own stamp on the Greater Metro in the upcoming season.

Making the playoffs last year was a step in the right direction for this squad, and while losing key players defensive end Javaree Jackson (Wyoming) and running back Paris Howell (St. Cloud St) they are looking to stay on the radar with crucial players junior lineman Austin Ertl, junior linebacker/running back Jimmy Fuhrman, senior running back/offensive lineman Ean Haller and senior wide receiver/linebacker Sam Barta leading the team both ways.

Coming on the field pre-game, an almost instantaneous standout was Brookfield East wide receiver #15 Patrick Cartier, standing at 6’8”, the tallest player on either team by far. His precision, even just practicing was something everyone could clearly notice.

On Tosa West’s side the evident size and height of the star lineman, especially #90 Manny Cruse looked intimidating for any team to face.

The Trojans won the captains’ coin toss and chose to kick for the opening play.

The first Spartan possession ended quickly, but with Tosa West fumbling the punt return, the ball went right back to Brookfield East, whose fumble was then turned over to the Trojans, the playmaker being #5 Kyleon Parker.

The Trojans then got a taste of the prestigious Spartan defense, and a safety was granted after Tosa West failed to connect on a fourth down.

Spartan quarterback #10 Sophomore Sam McGath managed to gain plenty of yardage all on his own, and doubled as a second running back making several first downs hard to stop.

Trojan #71 Austin Ertl was producing tackle after tackle and the squad was trying to prevent a score, but unfortunately the length and height advantage of Spartan wide receiver #15 Cartier was undefendable, as the Spartans scored a touchdown and the extra point for a score of 0-9.

However, momentum was brought right back to the Trojan fans, as #5 Kyleon Parker gained about thirty five yards on the kickoff return. Unfortunately, that ended quickly as yet another Trojan fumble allowed the Spartans to gain control once again. However, Brookfield East didn’t get far as a booming sack by Austin Ertl ended the first quarter.

In the second quarter, Trojan quarterback Sam Baierl started using a variety of strategies to try and get past the Spartan defense, including running it himself and targeting #9 Jimmy Fuhrman and #5 Kyleon Parker frequently. Spartan #32 Cam McDonald was consistent in tackling the ball handler.

On a Trojan fourth down, Baierl went for the play and made a successful pass to #6 Spencer Whitlock resulting in a touchdown, making the score 6-9 as kicker Henry Tyson missed the extra point.

After an unsuccessful Spartan possession, the Trojans went right back to work and although running back Kyleon Parker was consistent in yard gain and kept his head up, the defense of #32 Cam McDonald and #34 Ron Edwards was hard to manage, resulting in an Edwards sack of Baierl. McGath and Wright went back to work and did a lot of ball carrying, resulting in a 1st and goal. The Trojans were once again matched up with #15 Patrick Cartier and once again allowed a Spartan touchdown and extra point to end the half at 6-16.

In the first possession of the third quarter Sam McGath was sacked by Trojan #66 junior linebacker Manny Spence, resulting in a fourth down that was punted to Tosa West.

The Trojans managed to recover a fumble, but unfortunately Baierl was sacked by #48 Brad Dati. The Spartans got a taste of that right back as McGath was sacked by Austin Ertl and Sam Barta.

Spartan #20 Justin Christiansen had a major yard gain in getting past about 20 yds. Sam McGath went running once again to gain a first down to end the quarter. The score stood at 6-16.

The Spartans started at first and goal for the start of the fourth, but the efforts of Austin Ertl, Keimani Dunson and Jacob Braxton held them from reaching the end zone. The Spartans then completed a successful field goal. Braxton, unfortunately, limped off the field following the kick and spent the rest of the game getting medical attention.

The kickoff return was fumbled by the Trojans once again, and Brookfield East and Caleb Wright took control, resulting in another touchdown led by McGath, making the score 6-25. Along the way Brookfield East #34 Ron Edwards went down with a noticeably painful lower leg injury, having to get carried off of the field by teammates.

The Trojans were desperate to score as the quarter dwindled down. Jimmy Furhman led a major yard gain to get the Trojans a first down as a last chance. During that play, Trojan #5 Kyleon Parker got injured and sat out the remainder of the game tending to his ankle sprain. On the field, the Trojans attempted to get to the end zone, but unfortunately, the second and third down possessions led to no true yard gains.

The fourth down play resulted in a Tosa West fumble that was recovered by Brookfield East, which concluded the disappointing Trojan efforts as the final score was 6-25.

For a full schedule of the Greater Metro Conference visit
http://www.greatermetroconference.com/page/show/1310896-greater-metro-conference-football 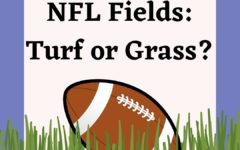 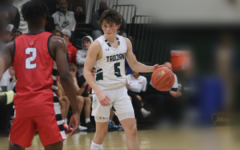 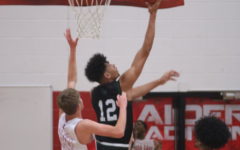 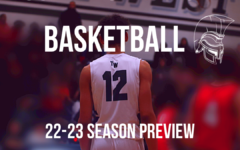